Martial Arts for Kids and Adults in Arvada, CO

Get to know International Taekwon-Do Academy

About International Taekwon-Do Academy
in Arvada

International Taekwon-Do Academy is committed to inspiring and empowering you to reach your full potential.

Our focus is on bringing you the best martial arts lessons in the Arvada area to give you the tools you need to defend yourself, maintain great health, and become the best version of yourself for a successful living.

International Taekwon-Do Academy has earned the reputation in New Jersey, and now bringing it to our new home in Arvada, as well as West Arvada, Golden, Westminster, of being the top martial arts school for enriching our students’ lives and equipping them to face life with the winning edge.

Many people believe the martial arts are about just fighting, but our program is much, much more than that. When you train in our martial arts classes you take advantage of the best self-improvement system in the world.

Now, he proudly serve the Arvada community and feel an overwhelming sense of pride and humility when seeing students grow into happier, healthier, more confident children, teens, and adults!

Read more to learn about your instructor…

Mr. Antonio Portugal was born and raised in Lima Peru, prior to moving to the United States. He was a member of the Peruvian soccer National team Sub 17.

Mr. Portugal attended San Martin University receiving his bachelor’s degree in hotel Management. In addition, he was a soccer coach at the University, while continuing his martial arts training. After graduation, he moved to Puerto Rico, his father’s homeland, where he started working for an international cruise ship for 6 years.

Mr. Portugal moved to New Jersey, where he continued his martial arts training. He is an active member and assistant instructor at the International Taekwon-Do Academy in Jersey City, New Jersey.

Not only he continues his Taekwon-Do training but brings a lot of knowledge to the academy. He has trained in Brazilian Jiu Jitsu, Muay Tai, Wrestling and Boxing.

After 17 years of training, Mr. Portugal attained his 3rd degree black belt. He continues his training under SahyunNim Victor Teran in Jersey City, who is a direct disciple of Great Grandmaster Kwang Duk Chung. 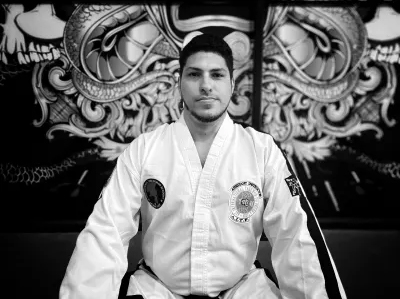 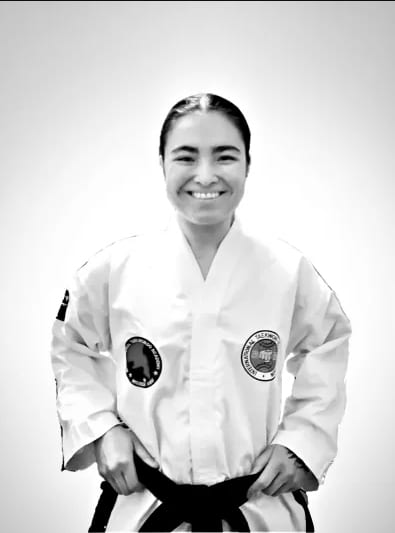 Richelle Kautz was Born and raised in the island of Saipan, part of the Northern Mariana Islands. Prior to moving back to the United States, she was a freshman at Northern Marianas College, was an athlete representative and coach. Ms. Kautz played golf in grade school. She later played softball for the Glazers and basketball from 7th through 12th grade.

Ms. Kautz is a very diverse practitioner and athlete competing in both sparring and patterns. Her kickboxing experience has giving her a base in becoming an outstanding Taekwon-Do student and martial artist.

See the Results for Yourself

Check Out our Web Specials!

What people are saying about International Taekwon-Do Academy