Today we’d like to introduce you to Victor Teran.

Victor, can you briefly walk us through your story – how you started and how you got to where you are today.

Hard work, dedication and determination has helped me learn and appreciate Taekwon-Do as an art and it gave me the opportunity to travel to Seoul Korea to train with the Korean Olympic Team.

Upon my return to the United States, I was offered six more months to train in Seoul with the Olympic committee, as well as an opportunity to travel to Colorado Springs for the United States Olympic team trials. Martial arts has given me the tools and discipline to take on any life’s challenges.

Has it been a smooth road?

It has never been a smooth road. In fact, a serious practitioner has to decide what they want out of it. Have to weigh in the good and bad, whether it is hanging out with friends, or make your own destiny and train hard to become a high-level competitor.

Time is all we’ve got. We must be able to know how to manage it and be productive. Martial arts has taught me that at a very young age.

Just like any other sport, there will be injuries. You can push hard but know your limits. We must be patient and willing to have an open mind to learn new things. We will encounter many obstacles during our training, the fact of the matter is, How bad do we want it?

Challenges are always good, it makes us better. Without it, we will never learn!

So, as you know, we’re impressed with International Taekwon-Do Academy – tell our readers more, for example what you’re most proud of  and what sets you apart from others.

I don’t only teach martial arts and teamwork to the youth in our community, but also am an Ambassador for the Student Veterans of America Chapter for the American Military University. My focus is to work with veterans’ outreach programs, partnering with other organizations like the Wounded Warrior Project to provide mentorship and training for the wounded veterans who suffer from post-traumatic stress syndrome, chronic traumatic encephalopathy, and traumatic brain injury.

While in New Jersey, I have partnered with the Play4Autism Foundation to provide training to children with autism spectrum disorder. This is a special project, simply because it’s all about giving back to our community in the belief that the opportunity to learn martial arts should be available to everyone, no matter their condition, setbacks or limitations. If another opportunity arises in Colorado, I’ll be more than happy to assist.

Not only am I a subject matter expert, specializing in personal security protection (Diplomatic Protection in high threat), but have been in the fitness industry for many years. My passion is to teach self-defense and fitness. This passion has giving me the opportunity to partner up with a bodybuilding supplement and fitness company, and to one day reach the ultimate goal of becoming a “Sponsored Athlete” and “Elite Trainer”.

In addition, I have been accepted as part of the Men’s Health Fitness Council, where I will be able to share fitness strategies/exercises, meals plan, etc. and be featured on future fitness articles.

I am always seeking self-improvement, as well as those who are part of my team. Our training is reality-based, as well as the art of Taekwon-Do. I don’t just teach kicking and punching; but also share with my students the experiences that has helped me become a better person in life. I teach the DO in Taekwon-DO. We do this as a way of life, not as a sport but as a Martial Artist, elevating our Martial Spirit in every training session. In order for my students to progress and learn about the DO, I must train and learn from my Great Grandmaster KWANG DUK CHUNG. I must always set that example for students/disciples to follow… If not, then what kind of Master will I be?

International Taekwon-Do Academy has been awarded the following:

As a martial arts master instructor trainer, I have been awarded the following in recent years:

Under the United States Marine Corps and U.S. Department of State:

So your last question was, what sets us apart from others?

My response to you is the love I have for the art. For the outcome and changes I will see in my students. For the quality of training my students will receive. Whoever wants to learn, I will be there!

Let’s touch on your thoughts about our city – what do you like the most and least?

I have only been in Arvada, Colorado for a couple of months. So far, I love all of it! The views, the weather, the community! 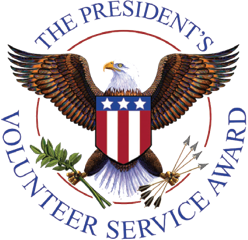